I engaged these two ideas by juxtaposing several elements. Black and white photographs of Market Street (sidewalks, intersections, architecture—the existing built environment) form the backdrop to collaged texts, or “mini manifestos,” composed of short excerpts from assorted utopian urbanists (writers, thinkers, activists both contemporary and historical). These texts would then be illustrated in typography collected from the superabundance of signage that appears along Market Street between Embarcadero and 8th Street.

The intention here was to use the site-specific language of commerce and regulation to suggest alternatives to what already exists. But rather than providing visualizations of future built environments that embody certain ideals, the abstract generalizations presented in the texts invite readers to engage with the history of utopian thinking and use their own powers of interpretation and imagination to envision a better Market Street for themselves.

In the final poster for this proposal I used only hand drawn type specimens. Other posters in the series would have featured alternate texts, typography, and color palettes. 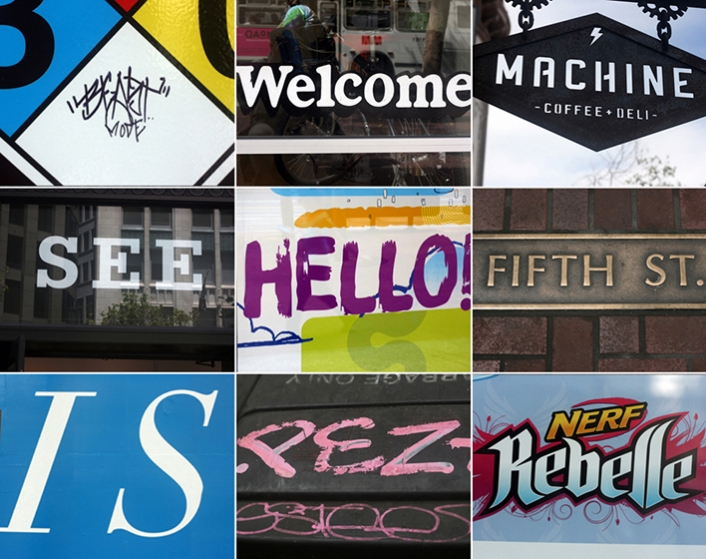 Images of signage along Market Street. 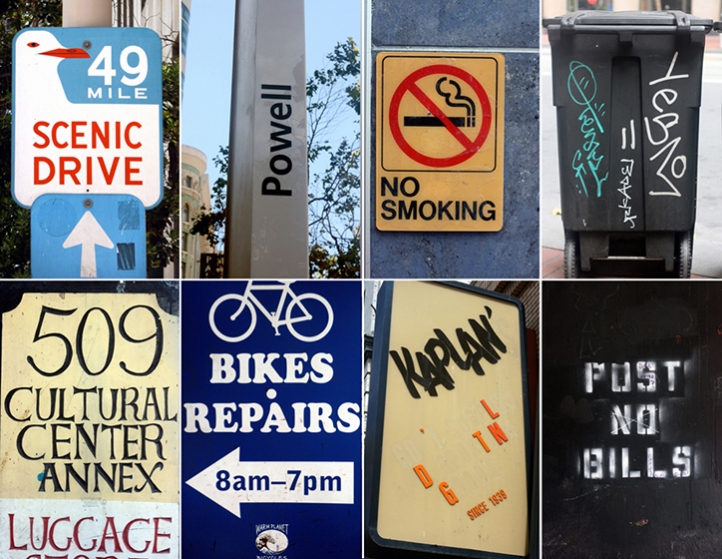 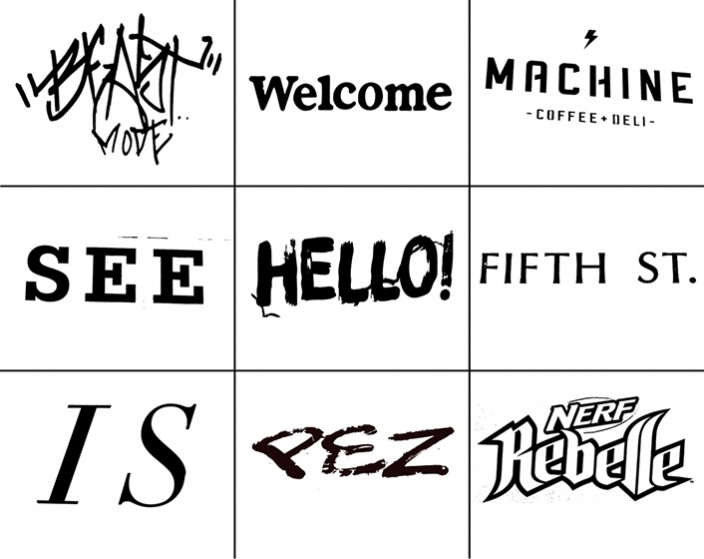 Typography isolated from its source. 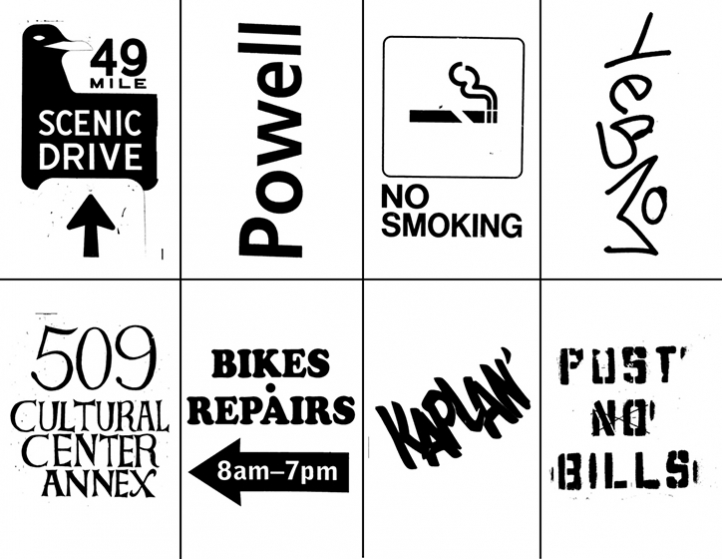 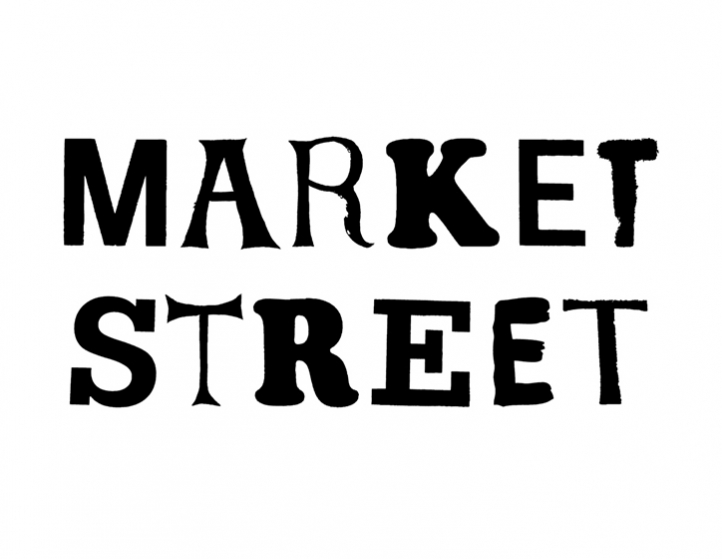 The isolated typography can be recombined to form new words. 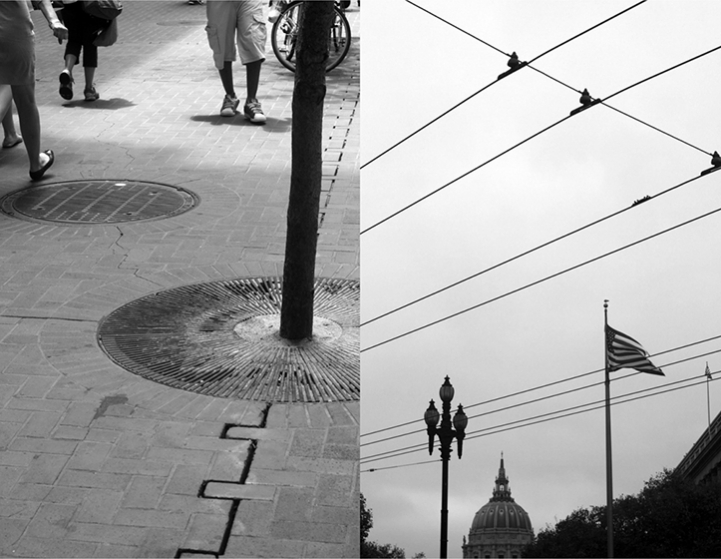 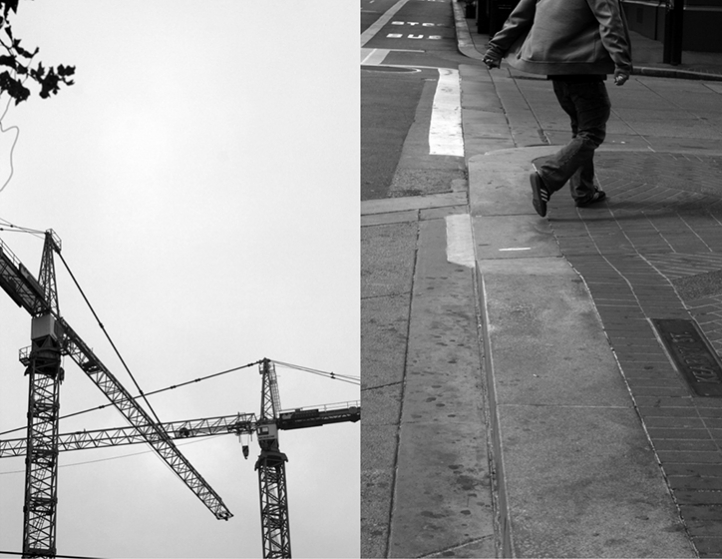 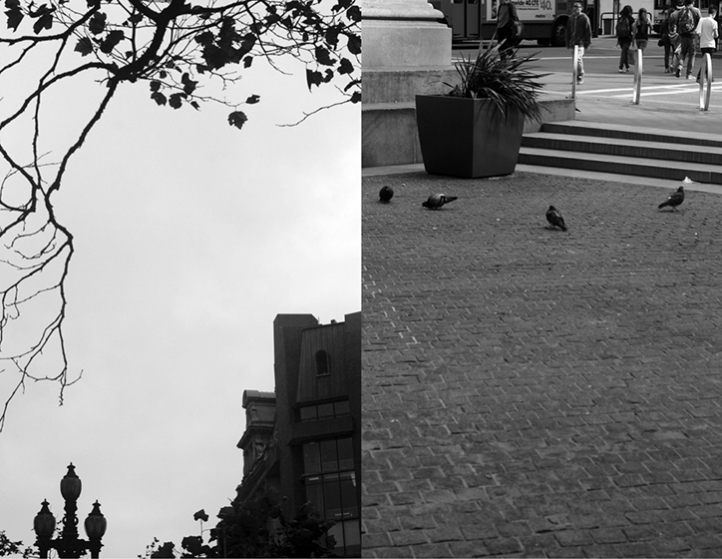 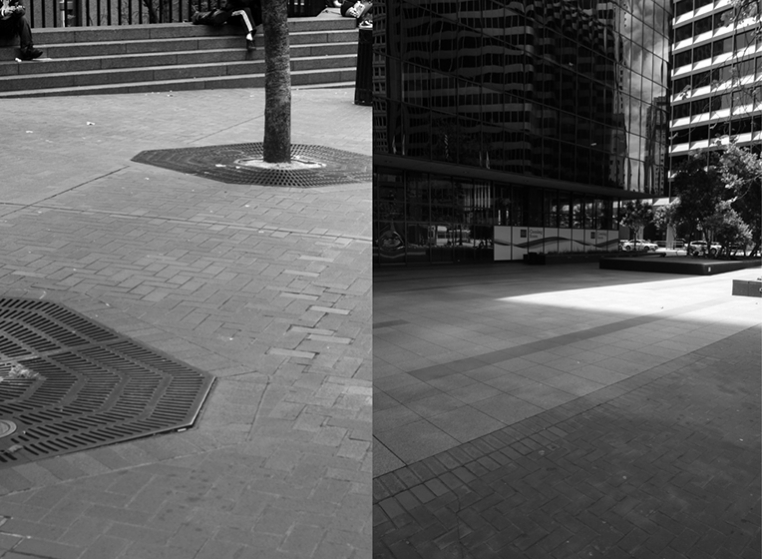 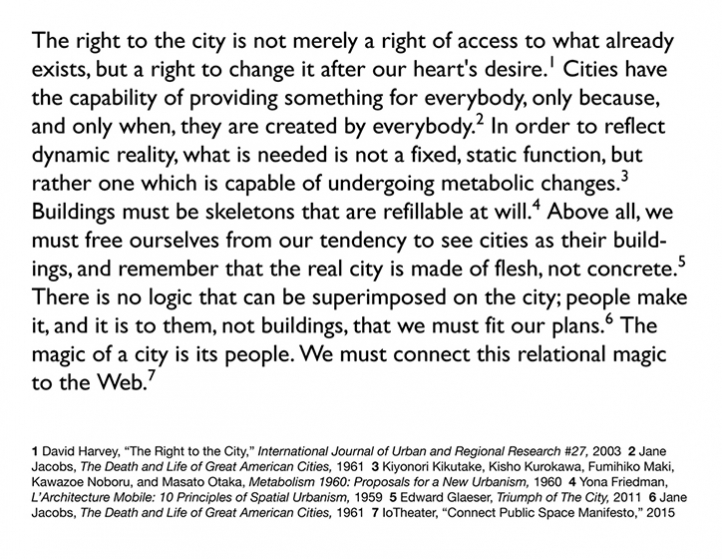 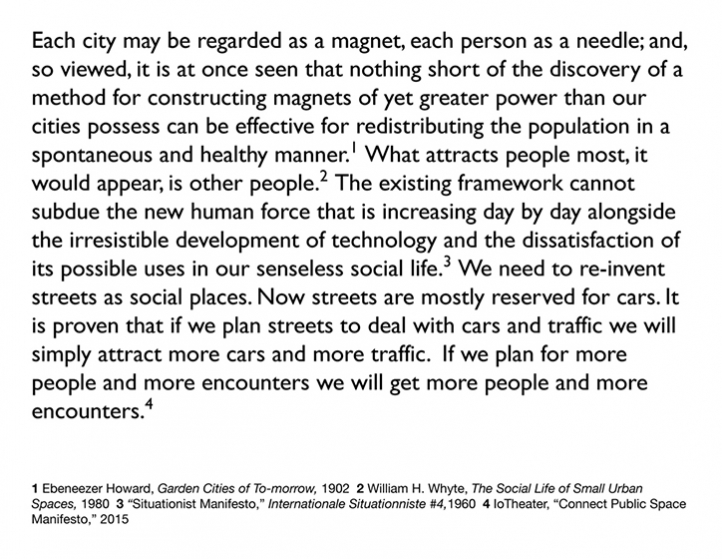 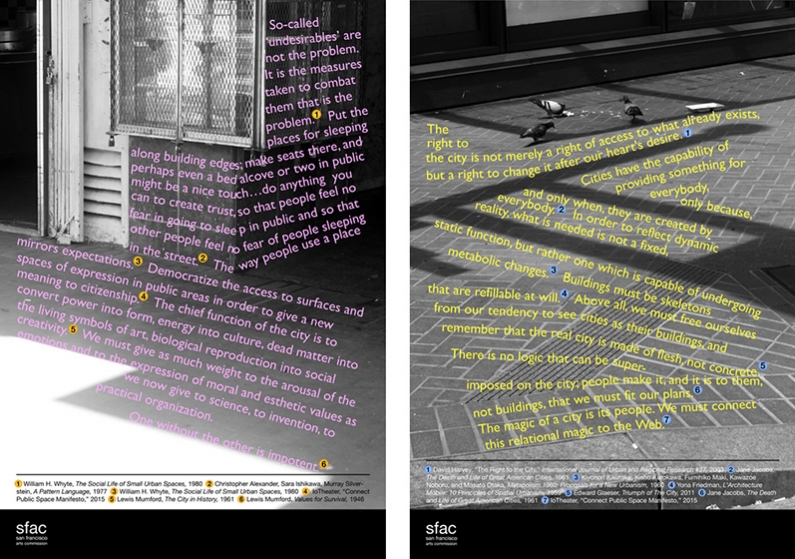 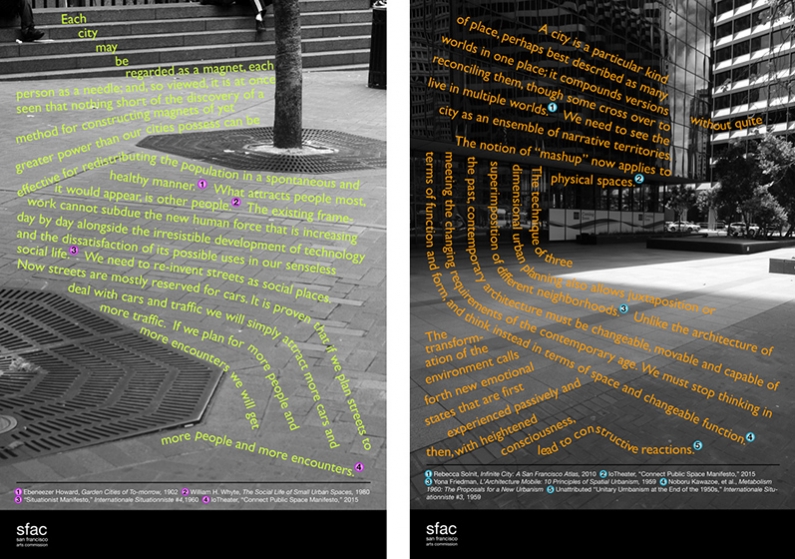 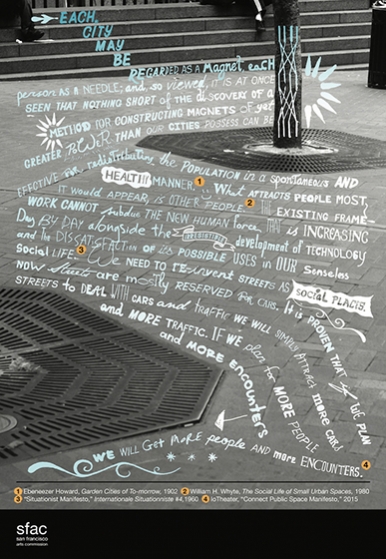