Over 2010 and 2011 I was invited to make four separate proposals for public art commissions. The first three were for the San Francisco Arts Commission at two different sites. The fourth was for Earthbound Moon in Slaton, Texas. Ultimately, none of these proposals were realized. In the case of SFAC, other proposals were selected. In the case of EbM, there were issues with the property owner that made it impossible to proceed. The exercises were none-the-less fruitful for developing approaches to making art within the relatively narrow parameters dictated by public agencies, project budgets, community desires and the specifics of a given site. Brief descriptions of each project follow below.

Lungs/Tree, McCoppin Street Community Garden Project, San Francisco, CA
Designated for the central planting bed of the new garden this project proposes an inverted human “bronchial tree” (the network of air passages in the lungs where the exchange of oxygen for carbon dioxide takes place) enlarged to the proportions of a street tree, about 18 feet in height. This structure would be fabricated from decreasing diameters of stainless steel pipe, tube, and rod (15” at the base, down to ½” at the outer branches). The surface of the stainless steel would be treated with a chemical to produce the oxidized orange-brown patina depicted in the renderings.

Past, Present, Past, Palega Recreation Center, San Francisco, CA
This proposed photo-mural involves creating a new image based on an old one. The old one is a black and white photograph from the late 1920s of the Portola Junior High basketball team. The new image would also be a photograph, shot in black and white with a similar painted backdrop, lighting, and arrangement of players and coaches, only the players and coaches would be the current boys and girls’ basketball teams from Martin Luther King Middle School (built on the former site of Portola Junior High).

The new image would be enlarged to approximately 13 feet tall by 16 feet wide, making the figures slightly larger than life. The image would be printed on a series of porcelain enamel panels, mounted on an interior wall, but visible from the street through the recreation center’s south-facing windows. A small porcelain enamel panel mounted near the mural would feature the original photograph, a short project description, and a key identifying the players in the new image.

Portola Greenhouse Museum, Palega Playground, San Francisco, CA
The size and proportions of the frame structure in this proposal are based on the ruins of the University Mound Nursery’s greenhouses located only a few blocks south of the Palega Playground. While the new structure refers specifically to the University Mound ruins (which will disappear in time) it also becomes the scaffolding for telling the broader history of agriculture in the Portola neighborhood through a series of porcelain enamel graphic panels.

The Gnomon Nose Waters Plaza, Slaton, TX
"Gnomon" is an ancient Greek word meaning “indicator”, “one who discerns,” or “that which reveals.” It is also the term for the part of a sundial that casts the shadow, or "reveals" the time. This proposal involves creating a larger-than-life, but otherwise realistic, bronze sculpture of the nose of Slaton’s namesake, Oscar Lowe Slaton (1867-1946). This nose would become the gnomon (or shadow-casting device) for a sundial mounted atop a plinth in Waters Plaza. 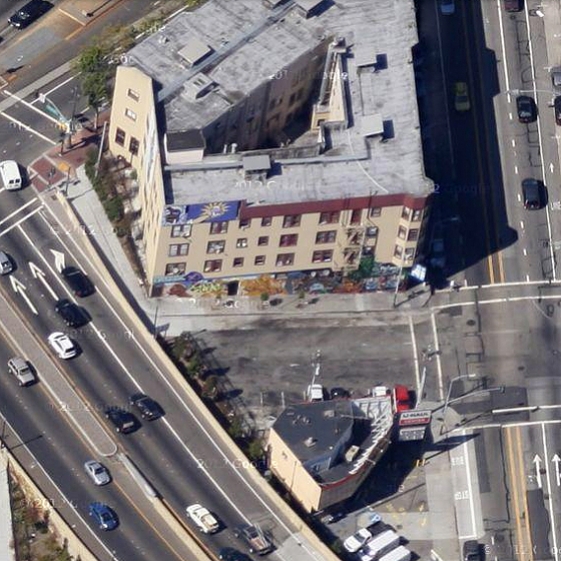 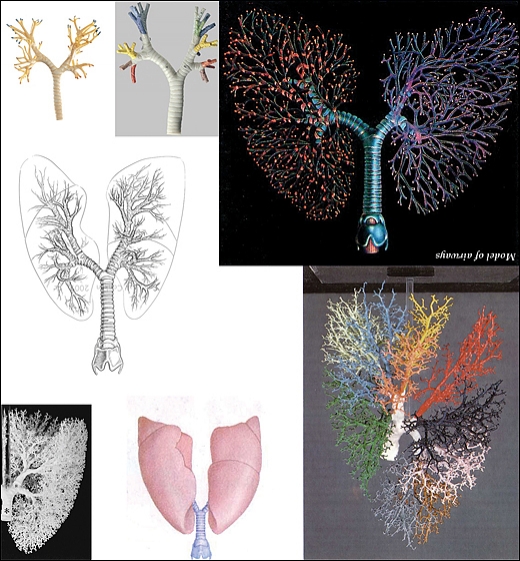 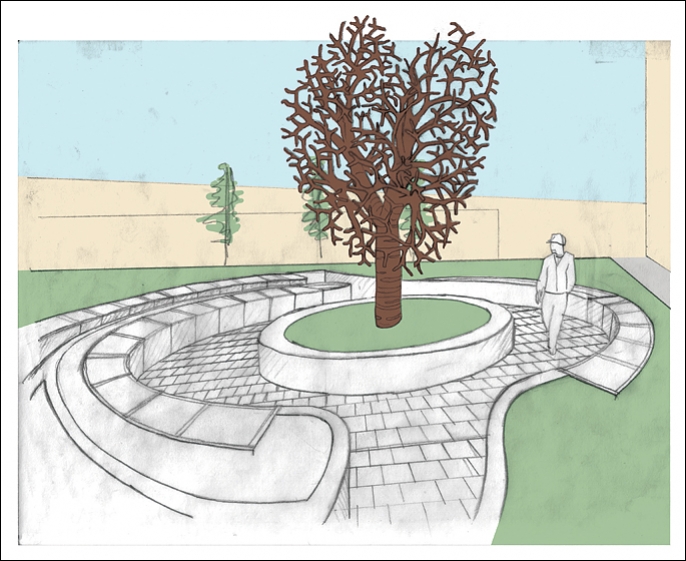 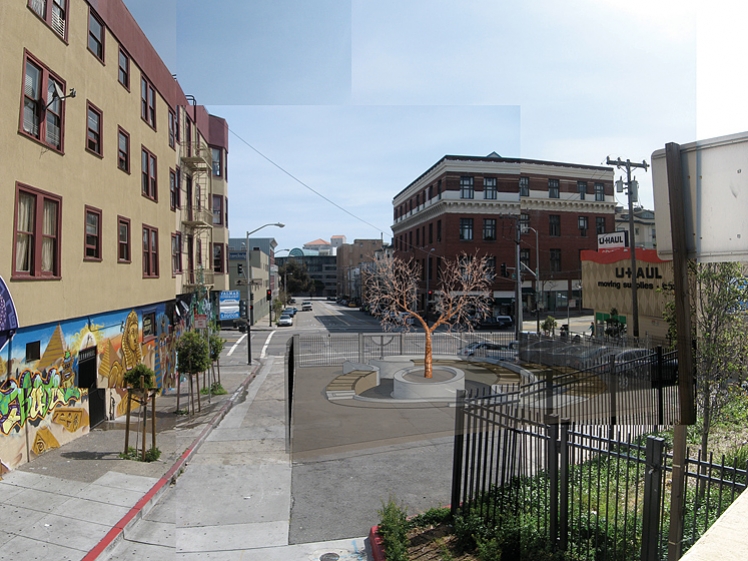 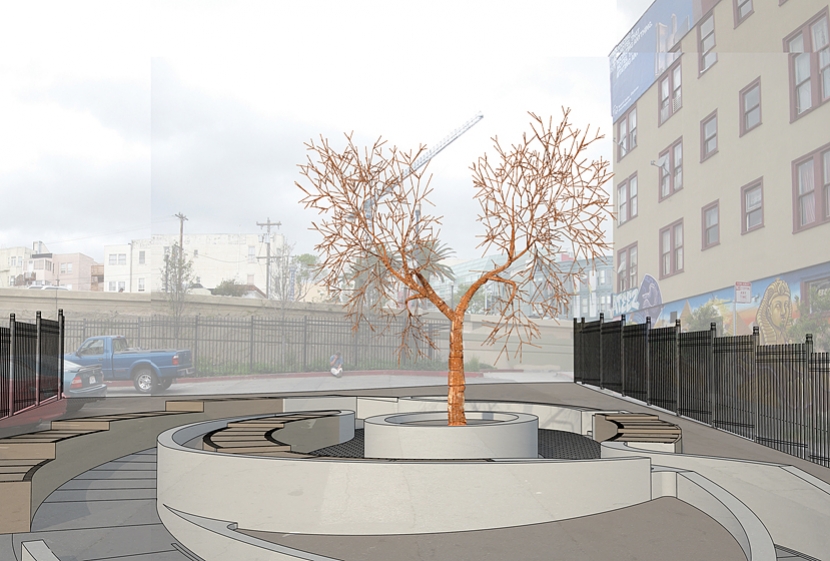 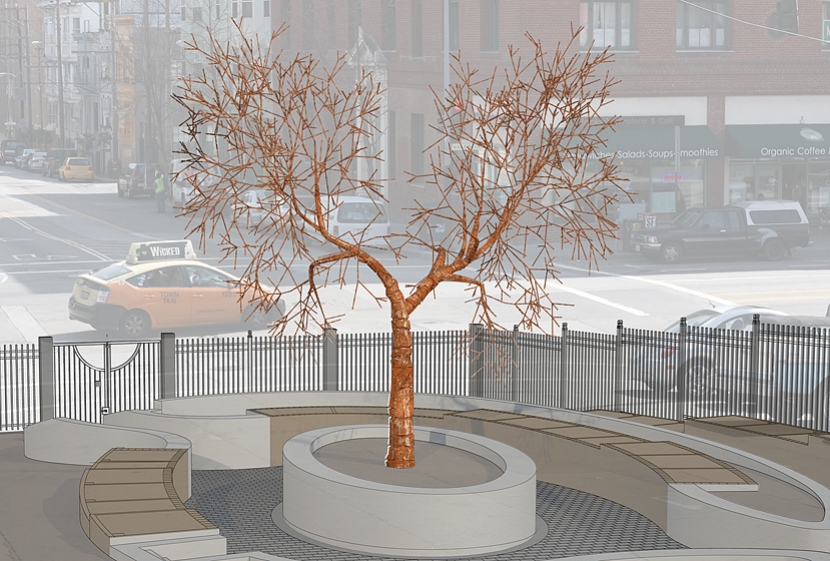 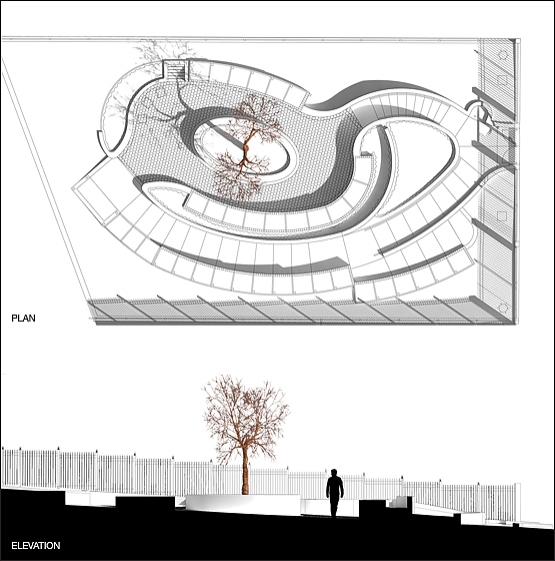 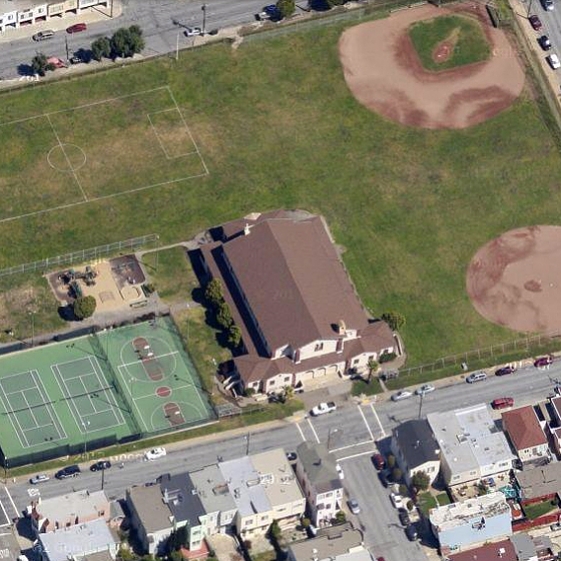 Past, Present, Past and Portola Greenhouse 2010 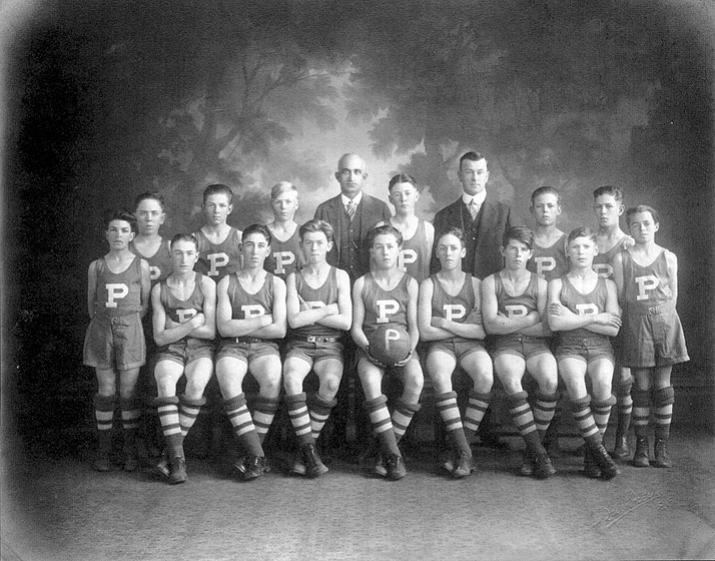 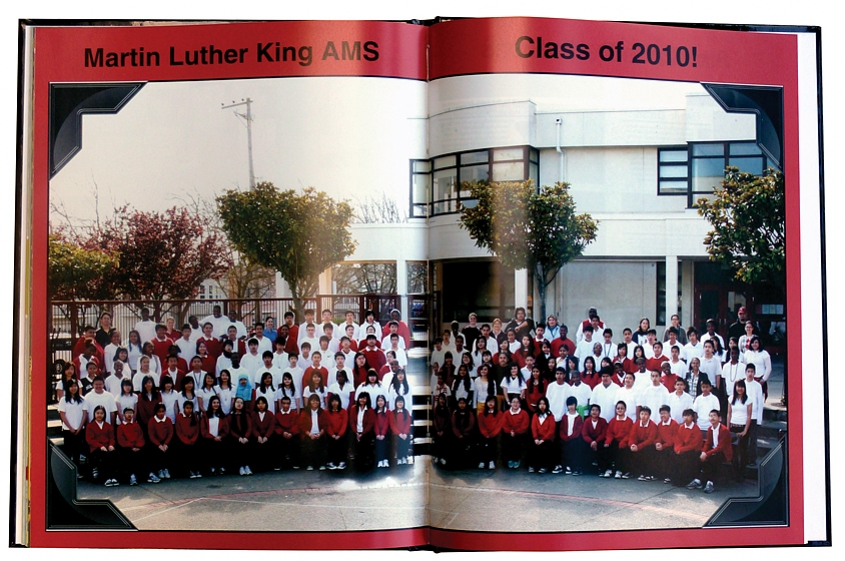 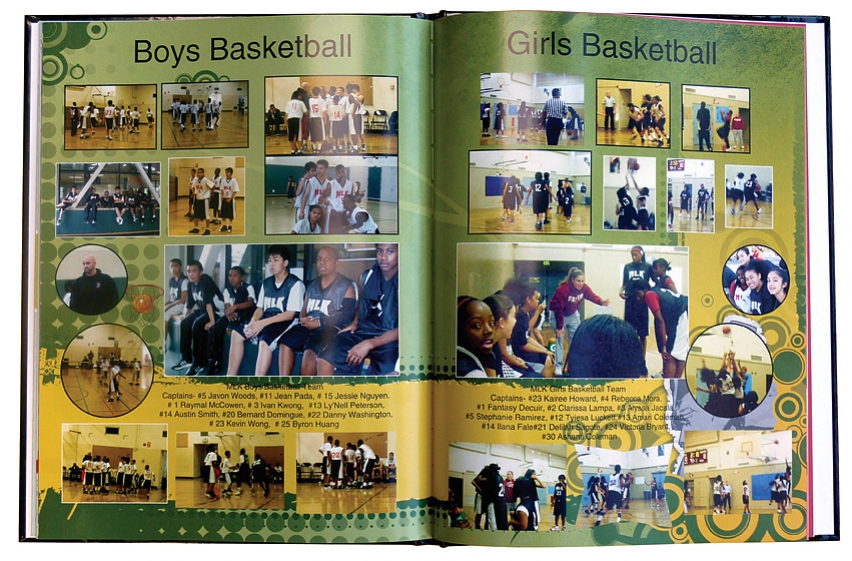 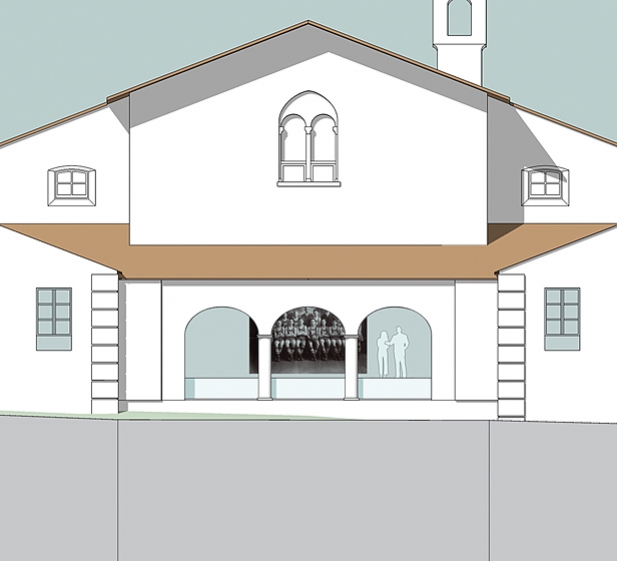 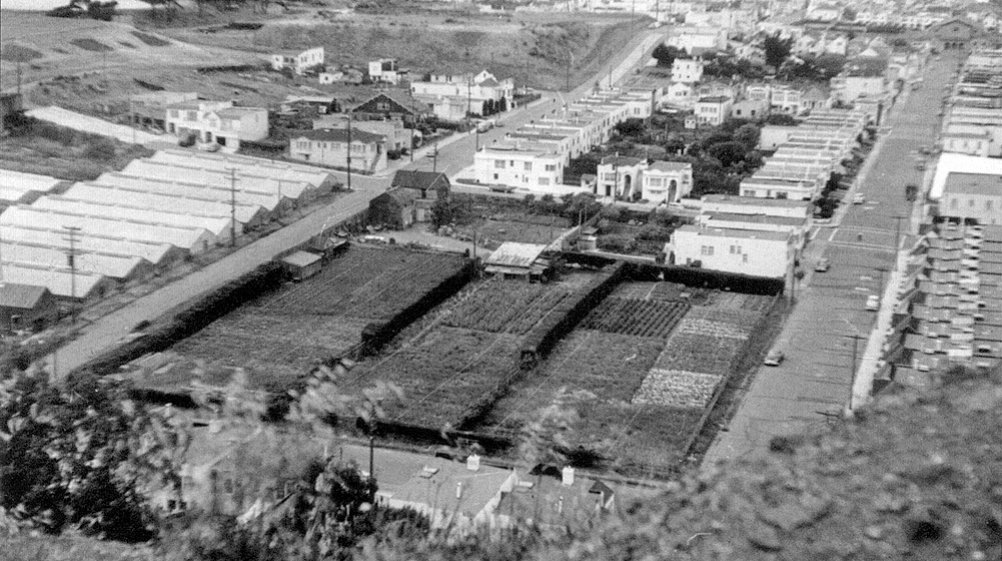 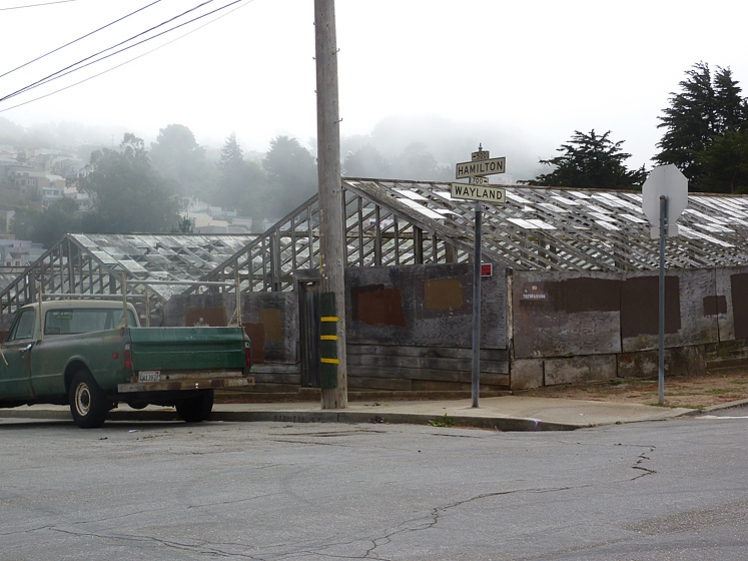 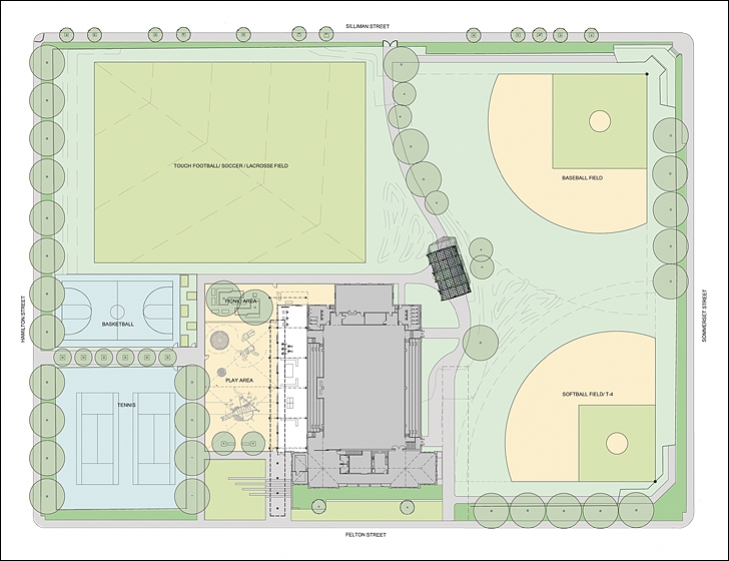 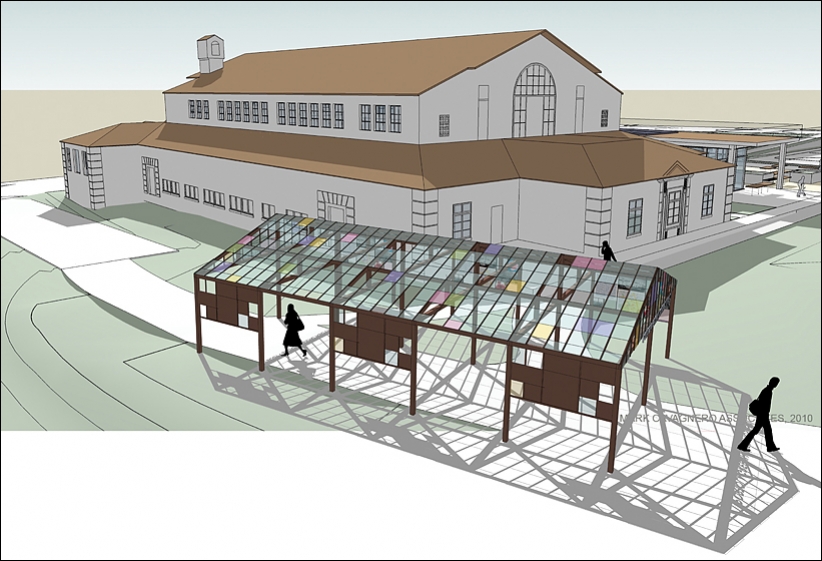 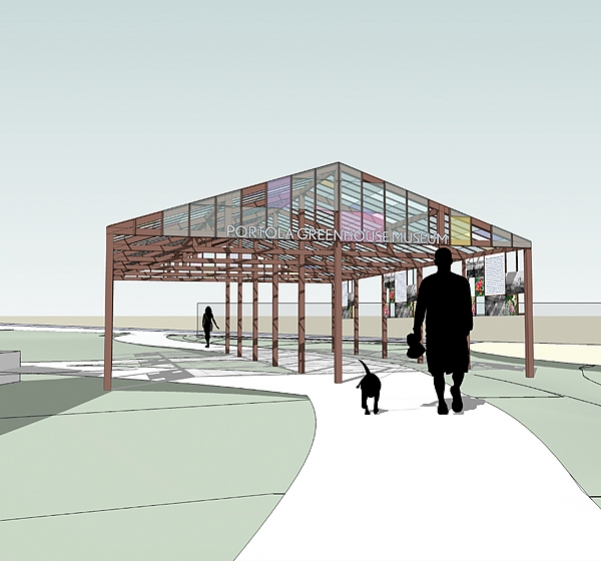 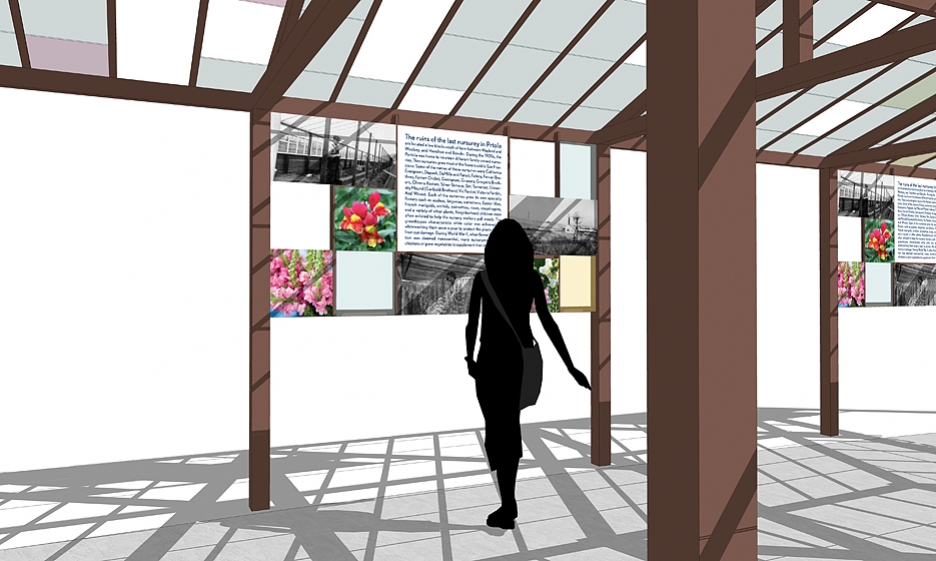 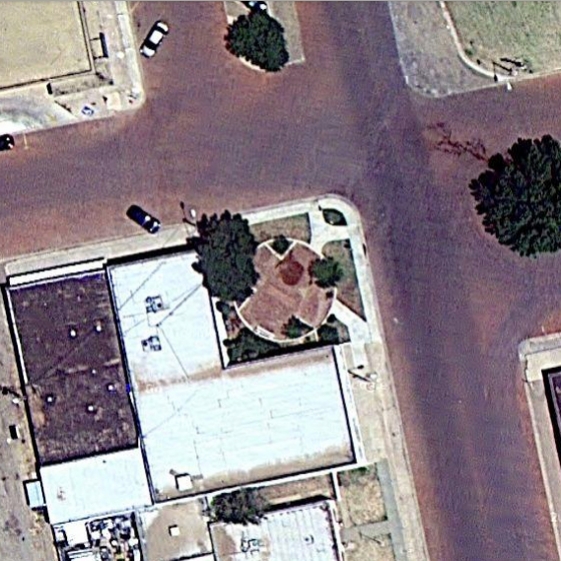 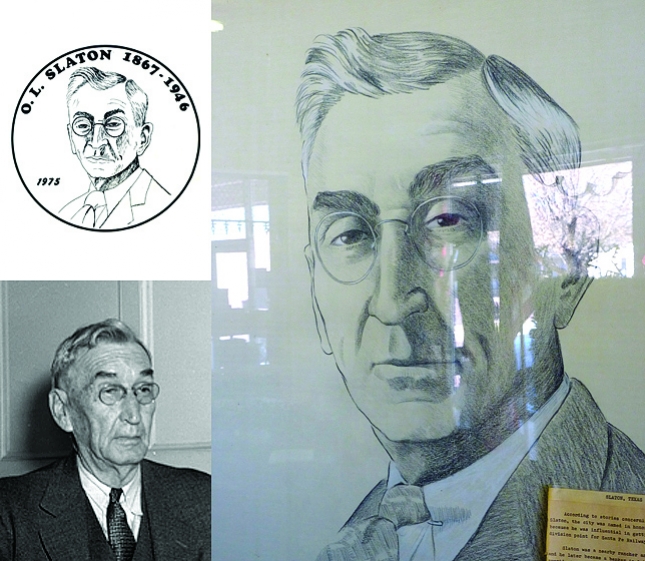 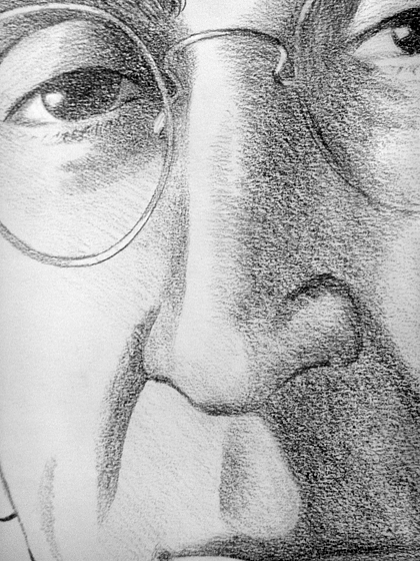 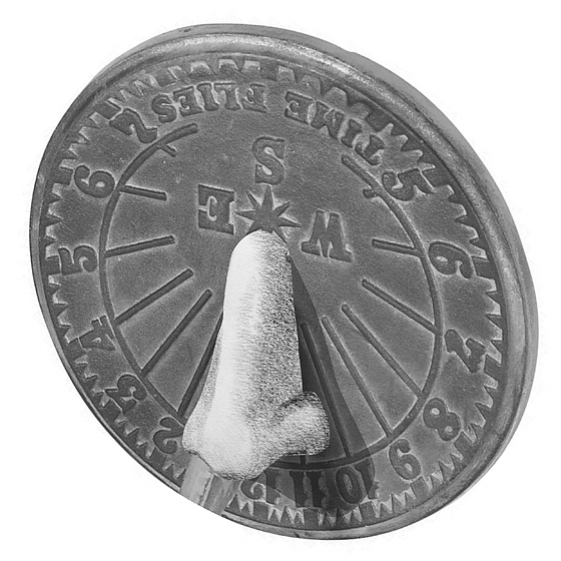 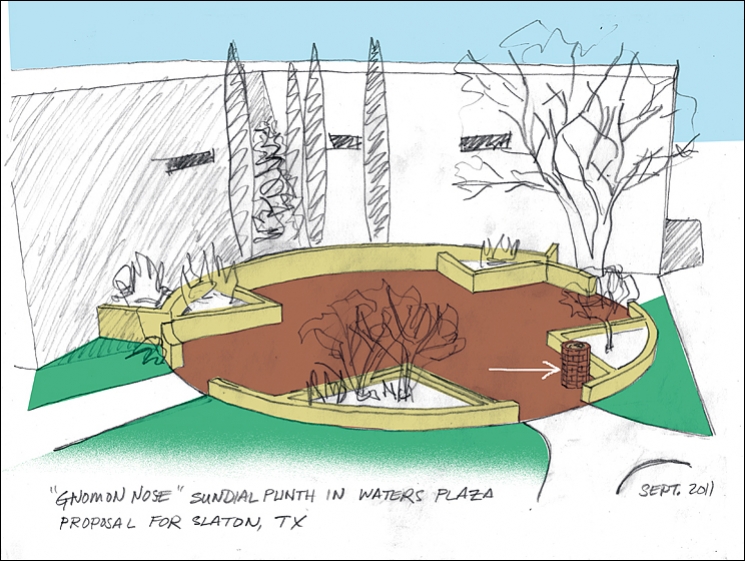 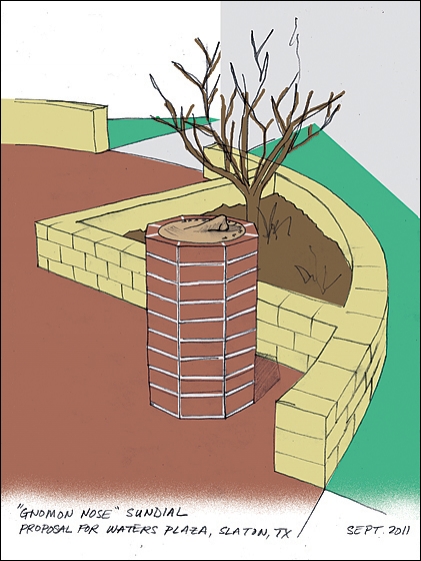 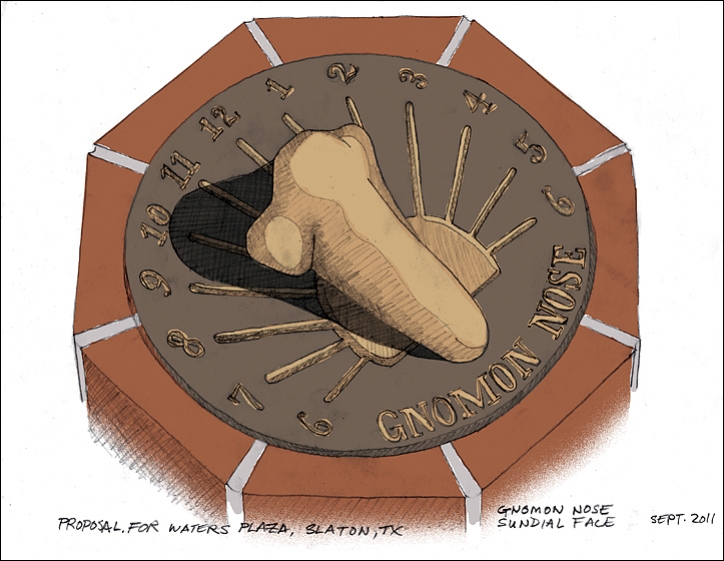